We live in the information age with an exponential growth of data. In 2010 Eric Schmidt, the CEO of Google, said, "There were five exabytes of information created between the dawn of civilization through 2003, but that much information is now created every 2 days." In 2019, the World Economic Forum estimated that "the entire digital universe is expected to reach 44 zettabytes by 2020."

We live in the era of Big Data which refers to data sets that are too large to fit on a normal computer or be processed by a standard spreadsheet or database program. Large data sets are difficult to process using a single computer and may require parallel systems (multiple computers working together to run an algorithm). Scalability of systems is an important consideration when working with large data sets, as the computational capacity of a system affects how data sets can be processed and stored.

We will explore Big Data through a number of videos from the PBS documentary, The Human Face of Big Data. We will start with a short (2:31) video, Everything Is Quantifiable.

True or False: A Terabyte is equivalent to 1000 bytes.

True or False: Big data only contains numeric data, it does not include text, images or videos.

The field of Data Science deals with extracting information from and visualizing the results of manipulating large data sets. The size of a data set affects the amount and quality of information that can be extracted from it. From this information, further analysis may yield knowledge or even wisdom. Tables, diagrams, text, and other visual tools can be used to communicate insight and knowledge gained from data. We often think of data, information, knowledge and wisdom forming a pyramid. 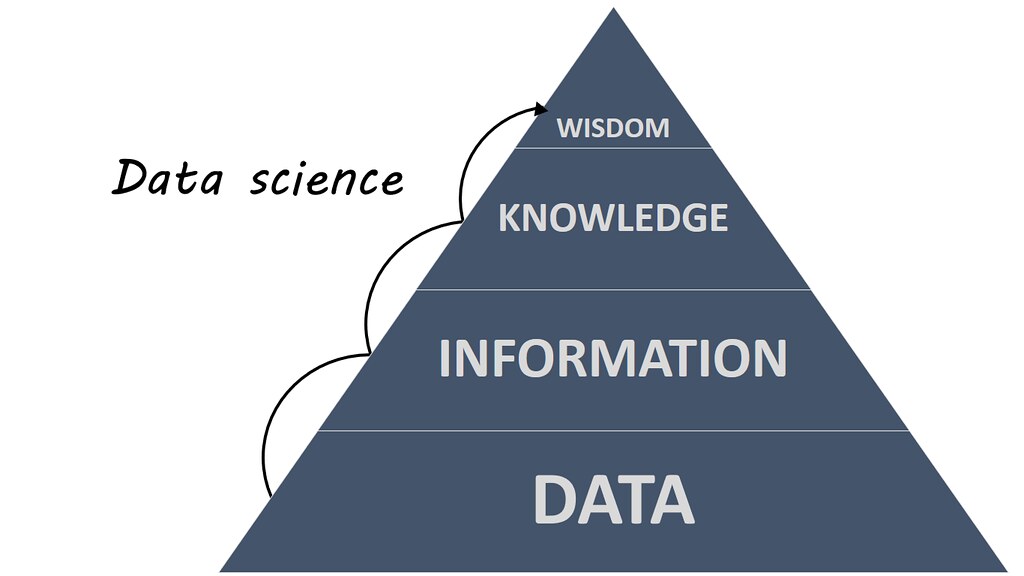 Q-4: Which of the following best matches statements from the video to the Data-Information-Knowledge-Wisdom pyramid?

Careful analysis of data can help us solve many problems. Watch the following 4-minute video to see how tracking data on The Smallest Heartbeat can help save a child's life.

The path from data to information to knowledge is not always straightforward. Bias can be introduced into the collection and analysis of data with dangerous results. Care must be taken when collecting and analyzing data. Problems of bias are often caused by the type or source of data that is being collected. Bias is not eliminated by simply collecting more data.

Joy Buolamwini from the MIT Media labs studies the impact of bias in face recognition systems. Watch the following video about her research.

The following spoken word piece by Joy Buolamwini highlights how computer systems based on incomplete data misinterpret the images of iconic black women.

True or False: When Joy Buolamwini says that current face recognition systems are "pale and male" she means that since the data used to train these systems consisted largely of white, male faces, these systems perform poorly for other faces.

Q-9: Based on the Joy Buolamwini’s research, IBM retrained its system using a more diverse set of faces. How would you interpret the new results?

Explore some of examples of big data and find at least two data sets that interest you. Some ideas of where to find data sets are below. Then, answer the following reflection questions in your portfolio. Here are some websites where you can explore big data sets.

7.2.5. Reflection: For Your Portfolio¶